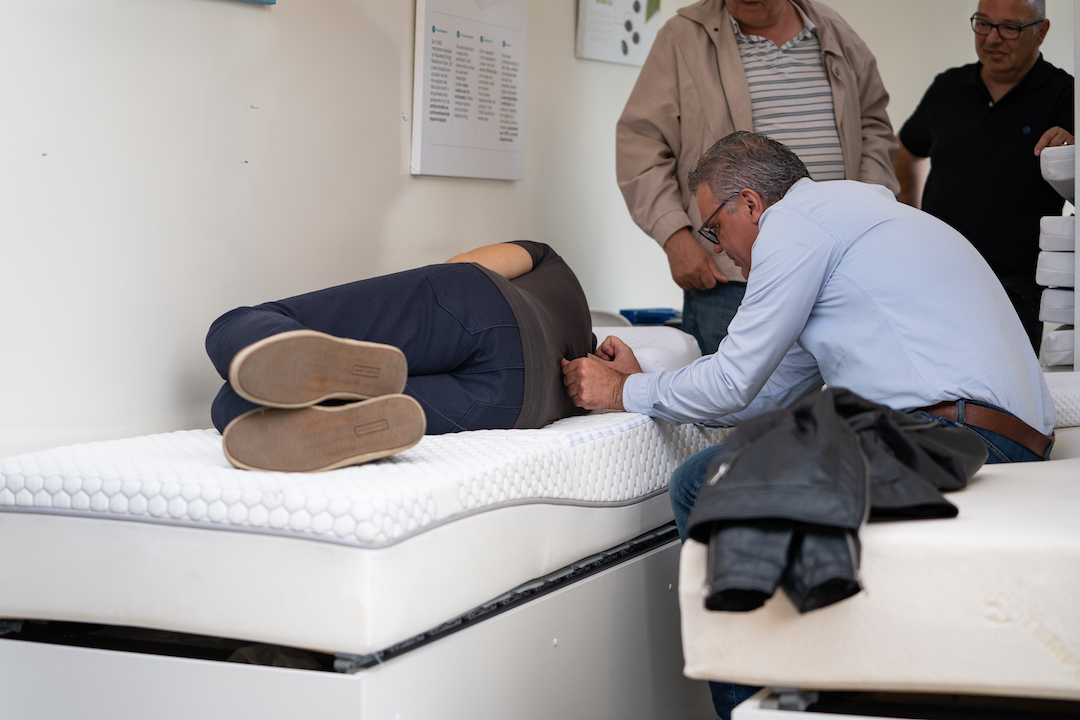 In a hernia, the outer band of the intervertebral disc, which acts as a ball bearing and cushion between two vertebrae, tears. The outside of this intervertebral disc consists of cartilage, the core of which is a soft, jelly-like mass. When the outer surface tears, the core bulges outwards, often coming into contact with the nerve paths that run through the spine in the immediate vicinity. This makes a hernia particularly painful.

With a correct sleeping position, the vertebrae remain neatly positioned horizontally opposite each other, without pressure or friction on one side or the other. This will not cure the hernia, but it will bring peace and relieve the pain.